"If the courts and lawyers of this country will not do their duty, we shall watch as the victims and survivors of this man pursue justice and vindication in their own dignified and painstaking way, and at their own expense, and we shall be put to shame."Forget Pinochet, Milosevic, Hussein, Kim Jong-il, or Gaddafi: America need look no further than its own lauded leaders for a war criminal whose offenses rival those of the most heinous dictators in recent history-Henry Kissinger.Employing evidence based on firsthand testimony, unpublished documents, and new information uncovered by the Freedom of Information Act, and using only what would hold up in international courts of law, THE TRIAL OF HENRY KISSINGER outlines atrocities authorized by the former secretary of state in Indochina, Bangladesh, Chile, Cyprus, East Timor, and in the plight of the Iraqi Kurds, "including conspiracy to commit murder, kidnap, and torture."With the precision and tenacity of a prosecutor, Hitchens offers an unrepentant portrait of a felonious diplomat who "maintained that laws were like cobwebs," and implores governments around the world, including our own, to bring him swiftly to justice. David Icke marks his 20th year of uncovering astounding secrets and suppressed information with the publication of his most amazing book yet. He takes the manipulation of the human race and the nature of reality to still new levels of understanding and he calls for humanity to rise from its knees and take back the world from the sinister network of families and non-human entities that covertly control us from cradle to grave. David has moved the global cutting edge so many times since his incredible awakening in 1990 until now.He describes what he calls the Moon Matrix, a fake reality broadcast from the Moon which is decoded by the human body/mind in much the same way as portrayed in the Matrix movie trilogy. The Moon Matrix has hacked into the human body-computer system, he says, and it is feeding us a manipulated sense of self and the world 24/7.


Huntington, The Clash of Civilisations and the Remaking of World Order 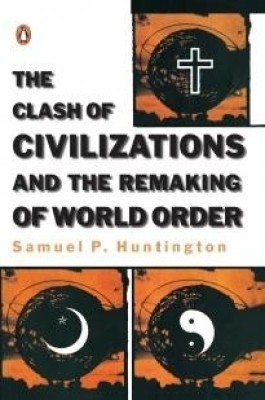 
An insightful and powerful analysis of the forces driving global politics today and into the next century. In the summer of 1993 Foreign Affairs published an article entitled 'The Clash of Civilizations?' by Samuel Huntington. No article, according to the editors of that distinguished journal, had generated more discussion since George Kennan's 'X' article on containment in the 1940's. Now, Huntington expands on his article, explores further the issues he raised then, and develops many new penetrating and controversial analyses. In the article, he posed the question whether conflicts between civilizations would dominate the future of world politics. In the book, he gives his answer, showing not only how clashes between civilizations are the greatest threat to world peace but also how an international order based on civilizations is the best safeguard against war.


In THE SHOCK DOCTRINE, Naomi Klein explodes the myth that the global free market triumphed democratically. Exposing the thinking, the money trail and the puppet strings behind the world-changing crises and wars of the last four decades, The Shock Doctrine is the gripping story of how America’s “free market” policies have come to dominate the world-- through the exploitation of disaster-shocked people and countries.


Duyen Nguyen, Behind the Smoke Curtain

Behind the Smoke Curtain is a love story between an American journalist and a Vietnamese student at the Saigon University during the Vietnam War era. This work of romance will also provide readers with a panoramic view of the bloodiest and most gruesome war that America involved. While revealing the political lies and betrayals, its main purpose is to honor the young generation of American and Vietnamese soldiers who had sacrificed nobly and tremendously to fight for freedom and democracy.

In Day of Deceit, Robert Stinnett delivers the definitive final chapter on America's greatest secret and our worst military disaster. Drawing on twenty years of research and access to scores of previously classified documents, Stinnett proves that Pearl Harbor was not an accident, a mere failure of American intelligence, or a brilliant Japanese military coup. By showing that ample warning of the attack was on FDR's desk and, furthermore, that a plan to push Japan into war was initiated at the highest levels of the U.S. government, he ends up profoundly altering our understanding of one of the most significant events in American history. 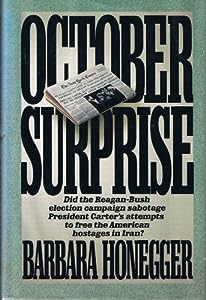 The author worked for Ronald Reagan during his campaign for the Presidency, then served on the White House staff, and the Department of Justice. In 1983 she was the first to resignation of conscience from the Reagan-Bush Administration. "Their guiding principles were that loyalty to a royalist version of the Presidency was more important than the Constitution, and that the truth was a 'problem' to be solved."


Samples of Translation | Our Translators | Need a quote? | Contact us
By Vietnam Hoc Institute of Research and Training - April 30, 2015