Dirty Wars is a 2013 American documentary film, which accompanies the book Dirty Wars: The World Is a Battlefieldby Jeremy Scahill. The film is directed by Richard Rowley, and written by Scahill and David Riker. Scahill has reported from Afghanistan, Iraq, Somalia, Nigeria, Yemen, the former Yugoslavia and elsewhere across the globe. Scahill is a frequent guest on a wide array of programs, appearing regularly on The Rachel Maddow Show, Real Time with Bill Maher, and Democracy Now!. He has also appeared on ABC World News, CBS Evening News, NBC Nightly News, BBC, al Jazeera, CNN, The NewsHour, and Bill Moyers Journal. Scahill’s work has sparked several Congressional investigations and won some of journalism’s highest honors. He was twice awarded the prestigious George Polk Award, in 1998 for foreign reporting and in 2008 for his book Blackwater. In 2013, Scahill was named one of nine recipients of the Donald Windham-Sandy M. Campbell Literature Prizes at Yale University. Scahill is a member of the Writers Guild of America, East. (See more: http://dirtywars.org/jeremy-scahill) 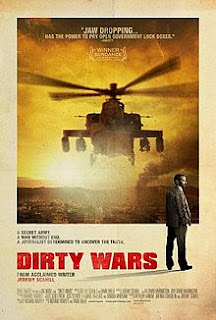 See also youtube video: Why did the Iraq War start. Book presentation by Scott Ritter and Seymour Hersch. Iraq Confidential, the untold story of the intelligence conspiracy to undermine the UN and overthrow Saddam. 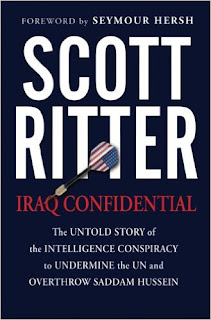 and Leading to War - the Complete Film, https://www.youtube.com/watch?v=a_cciUzoLwo


Samples of Translation | Our Translators | Need a quote? | Contact us