Matterhorn: A Novel of the Vietnam War 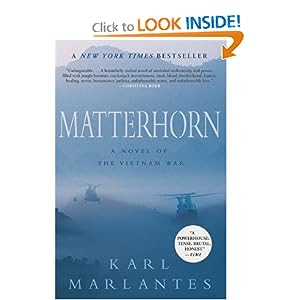 An incredible publishing story—written over the course of thirty years by a highly decorated Vietnam veteran, a New York Times best seller for sixteen weeks, a National Indie Next and a USA Today best seller—Matterhorn has been hailed as a “brilliant account of war” (New York Times Book Review). Now out in paperback, Matterhorn is an epic war novel in the tradition of Norman Mailer’s The Naked and the Dead and James Jones’s The Thin Red Line. It is the timeless story of a young Marine lieutenant, Waino Mellas, and his comrades in Bravo Company, who are dropped into the mountain jungle of Vietnam as boys and forced to fight their way into manhood. Standing in their way are not merely the North Vietnamese but also monsoon rain and mud, leeches and tigers, disease and malnutrition. Almost as daunting, it turns out, are the obstacles they discover between each other: racial tension, competing ambitions, and duplicitous superior officers. But when the company finds itself surrounded and outnumbered by a massive enemy regiment, the Marines are thrust into the raw and all-consuming terror of combat. The experience will change them forever.

Matterhorn is a visceral and spellbinding novel about what it is like to be a young man at war. It is an unforgettable novel that transforms the tragedy of Vietnam into a powerful and universal story of courage, camaraderie, and sacrifice: a parable not only of the war in Vietnam but of all war, and a testament to the redemptive power of literature. 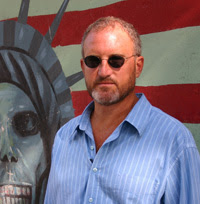 Mark Bowden is the bestselling author of Black Hawk Down: A Story of Modern War, as well as The Best Game Ever, Bringing the Heat, Killing Pablo, and Guests of the Ayatollah. He reported at The Philadelphia Inquirer for twenty years and now writes for Vanity Fair, The Atlantic, and other magazines. He lives in Oxford, Pennsylvania.
Matterhorn is a great novel. There have been some very good novels about the Vietnam War, but this is the first great one, and I doubt it will ever be surpassed. Karl Marlantes overlooks no part of the experience, large or small, from a terrified soldier pondering the nature of good and evil, to the feel and smell of wet earth against scorched skin as a man tries to press himself into the ground to escape withering fire. Here is story-telling so authentic, so moving and so intense, so relentlessly dramatic, that there were times I wasn’t sure I could stand to turn the page. As with the best fiction, I was sad to reach the end.
The wrenching combat in Matterhorn is ultimately pointless; the marines know they are fighting a losing battle in the long run. Bravo Company carves out a fortress on the top of the hill so named, one of countless low, jungle-coated mountains near the border of Laos, only to be ordered to abandon it when they are done. After the enemy claims the hill’s deep bunkers and carefully constructed fields of fire, the company is ordered to take it back, to assault their own fortifications. They do so with devastating consequences, only to be ordered in the end to abandon Matterhorn once again.
Against this backdrop of murderous futility, Marlantes’ memorable collection of marines is pushed to its limits and beyond. As the deaths and casualties mount, the men display bravery and cowardice, ferocity and timidity, conviction and doubt, hatred and love, intelligence and stupidity. Often these opposites are contained in the same person, especially in the book’s compelling main character, Second Lt. Waino Mellas. As Mellas and his men struggle to overcome impossible barriers of landscape, they struggle to overcome similarly impossible barriers between each other, barriers of race and class and rank. Survival forces them to cling to each other and trust each other and ultimately love each other. There has never been a more realistic portrait or eloquent tribute to the nobility of men under fire, and never a more damning portrait of a war that ground them cruelly underfoot for no good reason.
Marlantes brilliantly captures the way combat morphs into clean abstraction as fateful decisions move up the chain of command, further and further away from the actual killing and dying. But he is too good a novelist to paint easy villains. His commanders make brave decisions and stupid ones. High and low there is the same mix of cowardice and bravery, ambition and selflessness, ineptitude and competence.
There are passages in this book that are as good as anything I have ever read. This one comes late in the story, when the main character, Mellas, has endured much, has killed and also confronted the immediate likelihood of his own death, and has digested the absurdity of his mission: "He asked for nothing now, nor did he wonder if he had been good or bad. Such concepts were all part of the joke he’d just discovered. He cursed God directly for the savage joke that had been played on him. And in that cursing Mellas for the first time really talked with his God. Then he cried, tears and snot mixing together as they streamed down his face, but his cries were the rage and hurt of a newborn child, at last, however roughly, being taken from the womb."
Vladimir Nabokov once said that the greatest books are those you read not just with your heart or your mind, but with your spine. This is one for the spine. --Mark Bowden
--This text refers to the Hardcover edition.

Starred Review. Thirty years in the making, Marlantes's epic debut is a dense, vivid narrative spanning many months in the lives of American troops in Vietnam as they trudge across enemy lines, encountering danger from opposing forces as well as on their home turf. Marine lieutenant and platoon commander Waino Mellas is braving a 13-month tour in Quang-Tri province, where he is assigned to a fire-support base and befriends Hawke, older at 22; both learn about life, loss, and the horrors of war. Jungle rot, leeches dropping from tree branches, malnourishment, drenching monsoons, mudslides, exposure to Agent Orange, and wild animals wreak havoc as brigade members face punishing combat and grapple with bitterness, rage, disease, alcoholism, and hubris. A decorated Vietnam veteran, the author clearly understands his playing field (including military jargon that can get lost in translation), and by examining both the internal and external struggles of the battalion, he brings a long, torturous war back to life with realistic characters and authentic, thrilling combat sequences. Marlantes's debut may be daunting in length, but it remains a grand, distinctive accomplishment. (Apr.)
Copyright © Reed Business Information, a division of Reed Elsevier Inc. All rights reserved. --This text refers to the Hardcover edition.


About YourVietbooks.com
YourVietBooks is a selection of books and articles on and about Vietnam. Categories include: Culture, History, Vietnam War, Politics, Biographies, Contemporary Vietnam, International Relations, Doing Business in Vietnam, Reference and Languages, Zen Buddhism, Philosophy, Art and Literature.
Some articles are available only in English, French, German or Vietnamese. Our qualified and experienced translators can provide translations of e-books or articles on demand. Read more...


Samples of Translation | Our Translators | Need a quote? | Contact us
By Dr Anh-Tho Andres Kammler - October 30, 2011