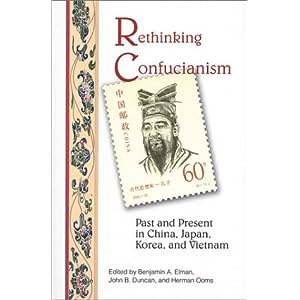 This ambitious volume brings together a group of distinguished scholars who have worked together over five years’ time in an attempt to explain the present pan-Asian revival of Confucianism a century after it was declared moribund by leading philosophers and thinkers in China and Japan as well as in the West.

This collaborative study of China and its historical sphere of influence in Japan, Korea, and Vietnam begins by clearly establishing the principal threads that made up Confucian thought in the period of its unchallenged eminence. It also examines the pitfalls of Western scholars who have tended to lump together as "Confucianism" many diverse currents of Chinese and other Asian classical thought.

Uniquely, the book explores as well traditional Confucian views of issues such as gender, medicine, and ritual, and examines the reasons given by leading Asian and Western scholars for rejecting Confucianism at the end of the nineteenth century.

Editorial Reviews
About the Author


Samples of Translation | Our Translators | Need a quote? | Contact us
By Dr Anh-Tho Andres Kammler - November 11, 2011