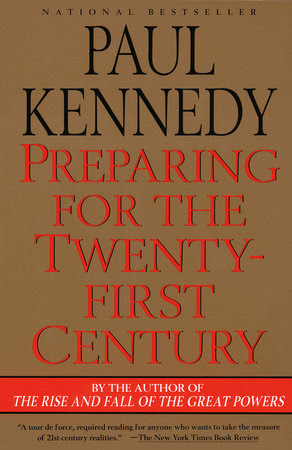 About the Book: Kennedy’s groundbreaking book The Rise and Fall of the Great Powers helped to reorder the current priorities of the United States. Now, he synthesizes extensive research on fields ranging from demography to robotics to draw a detailed, persuasive, and often sobering map of the very near future–a bold work that bridges the gap between history, prophecy, and policy.


About the Author: Paul Kennedy is the author or editor of thirteen books, including Preparing for the Twenty-first Century and The Rise and Fall of the Great Powers, which has been translated into more than twenty languages. He serves on the editorial board of numerous scholarly journals and has written for The New York Times, Los Angeles Times, The Atlantic Monthly, and several other publications. Educated at Newcastle University and Oxford University, he is a former fellow of the Institute for Advanced Studies at Princeton University and of the Alexander von Humboldt-Stiftung in Bonn.